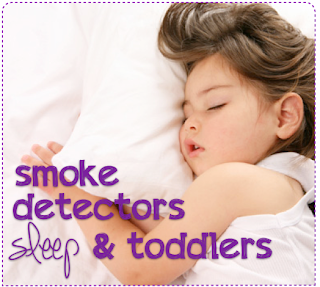 I was jolted (literally) from bed last night as seven firetrucks went screaming by my house sometime past midnight last night. Lights lit up the street like it was morning.

When I peeked out the window, all I could see was billows of white smoke clouding the sky less than a block away, and fireman scaling the roof of an old warehouse less than a football field away.

I can’t find any record of the blaze in any news this morning, so I’m assuming everyone involved in the fire is ok. While the idea of someone losing their home and possessions is devastating, something alarms me more:

Pat and the Bug slept through it. The whole ordeal. The screaming ambulances… the lights…

Eventually I woke Pat up and he looked at the window with me for 2.5 seconds and then went right back to sleep. The Bug never stirred — which, since she got a great night’s sleep and is in a fantastic mood this morning, I’m very grateful for.  But…

… would the smoke detector going off in our home have woken them up?

A recent study conducted by researchers from Victoria University in Melbourne, Australia found that “78 percent of school-aged children slept through a smoke alarm blaring for 30 seconds.” During the study, many children didn’t associate the sound with a fire/emergency situation. Another study in Pediatrics (official Journal of the American Academy of Pediatrics) concluded that while an alarm consisting of a mother’s voice woke most children from sleep, a conventional tone alarm woke less than half of sleeping children.

Bottom line? Don’t rely on a smoke detector to wake your children up in the event of an emergency. And consider investing in a talking alarm.

Other tips? DO introduce your kids to the sound of the smoke alarm (so they know what it is), how to exit your home in the event of a fire, the whole idea behind “Stop, Drop & Roll” and how to crawl under smoke. Check out more tips from About.com First Aid.

The great thing about toddlers is that ‘practicing’ these behaviors can make a great game.

Which reminds me…. have you checked your smoke detector batteries lately?

Previous Article what's up for the weekend: jan 6-8 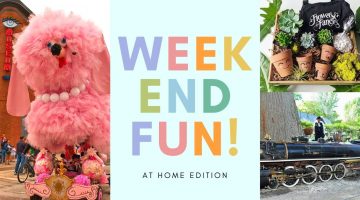