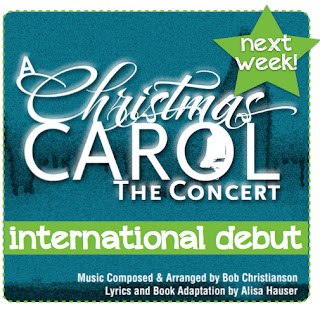 ‘Tis the season for transformation. Or so says the classic holiday story, A Christmas Carol. But the timeless tale of Mr. Scrooge (heck, it’s even a Disney classic at this point) is getting a facelift this December… thanks to the Baltimore Symphony Orchestra and the forward-thinking artists behind the international debut of A Christmas Carol –  The Concert.

A brilliant musical collage of rock, blues, gospel, classical, broadway show-stoppers and even a toe-tapping Irish fiddle number, this Christmas Carol performance is definitely not your Grandma’s orchestra concert.

But she’ll probably still enjoy it.

“I’m trying to think of a genre I didn’t cover in this piece!” said composer Bob Christianson during a phone interview last week. “It’s very eclectic and fresh. It’s not a musical — that’s been done before. This is a concert that tells a story. It’s more a hybrid piece.”

A Christmas Carol – The Concert reinvents the orchestra concert experience and, if Christianson gets his druthers, will appeal to a whole new generation of concert goers. Including the pint sizers in your life.

“I wrote this piece with families and children in mind. It’s not a children’s piece in the sense that anything has been dumbed down, but at the same time there is nothing inherently adult about it,” said Christianson.

In fact, the concert features 40 singers from Baltimore City College’s choir. According to Christianson, these kids will blow you away.

There’s no scenery and only one of three performing characters will wear a costume.  Yes, there’s a story line here, but Christianson’s vision focuses on orchestra. At it’s heart, A Christmas Carol – The Concert is a holiday pops concert. He added that the Irish fiddle number Dance Your Christmas is one of those numbers that is really features the orchestra. It’s complicated. It’s fast. And the string players might kill him afterwards.

Most of us know the basic storyline of A Christmas Carol, but Christianson said his collaborator — lyricist Alicia Hauser — uncovered some remarkable material from the original text that you’ve never seen in a movie or play to date. So not only is the artistic interpretation of the story different, the most zealous of Christmas Carol fans will see something new.

Christianson is thrilled to have this labor of love (the concert has been two years in the making) debut in Charm City.

“When a world class orchestra like the BSO wants to play your work, the piece becomes more than the sum of its parts. Your notes are a place from where they start — and then they infuse their passion and it becomes so much more. I know they are going to amaze me.”

This isn’t Christianson’s first collaboration with BSO’s conductor Marin Alsop — or the first time the BSO has performed one of his pieces. The pair brought Christianson’s Too Hot to Handel to Baltimore a few years ago, and are long-time friends.

Catch this new Christmas Carol experience at the Myerhoff Symphony Hall on December 16th or 17th. Both concerts start at 7:30 PM. You can buy your tickets in advance through the BSO’s website. You can also purchase the score on iTunes. 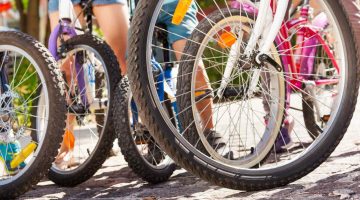 Hey, Baltimore! Walk and Bike to School on October 10th!