how well do you ignore your children?

The kid whisperer is back with — what I think — is pretty timely advice. The holidays, while wonderful and magical, also seem to be prime time for tantrums since routines are out of sync. Katie Robinson has a thought for dealing with tantrums. Just I-G-N-O-R-E. 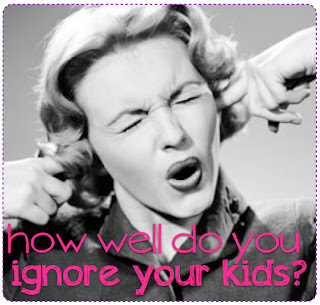 When I was growing up with a younger brother who had frequent outbursts, the spelling of the word ignore (I-G-N-O-R-E) almost became a word in itself (we also found ourselves spelling c-o-o-k-i-e a lot). We weren’t and still aren’t always the best at overlooking his “ignore worthy” behaviors, but we do try.

So how good are you at ignoring your children? Many parents have probably never been asked this question. Many parents might also think it rather impertinent if they were asked. But it’s an important thing to consider. Parents do ignore their children in productive ways all the time. If you have a baby who is old enough to begin soothing themselves back to sleep when they awaken in the night, then you have most likely productively ignored them. The same is true when you hear yells from another room. Sometimes the appropriate response is to ignore the noises so that your child/children can fix the distressing or frustrating situation themselves.

But what about when your child is underfoot and whining about something…?

Child: Daddy, can I watch TV?

Dad thinks for a minute. He’s about to take the child to his cousins’ house. There’s not very
much time before they have to leave and Dad knows that it will be a fight to turn it off again
in 10 minutes.

Dad: Not right now sport. We’re going to be leaving for the cousins’ house in just a little
while.

Dad: TV has to stay off now, but would you like a snack before we go?

Child: I only want TV! And I don’t want to go to the boring cousins’ house!

Dad: I’m afraid we have to go soon, so we can’t watch anything now.

Child: Ahhh! (starts to cry) But I want Elmo! (wants Dad to hold him now that he’s feeling
distressed)

Dad: (soothes and cuddles child) Why don’t we bring Elmo in the car & you can watch him
there?

Hmm. Should dad have used some ignoring anytime during this talk? By continuing to talk to his son while he was basically throwing a temper tantrum, Dad was normalizing his loud and whiny behavior. The son knew the answer to the TV watching question after the first response. Dad didn’t need to continue to tell him. And in the end, the child got three things out of this outburst; he got his TV wish (albeit in the car), he got some cuddles & affection and he was offered a snack. So his tantrum got him more than he asked for. If Dad has simply said (or had previously established) that he could not talk to his son while he was having a tantrum, he might have heard a little noise (which he did anyhow while he continued to reason with his son), but the outburst would not have been rewarded with attention, affection, or TV.

While ignoring your children may seem rather harsh, it has its importance in teaching what behaviors parents want to see. So next time your child is trying to start a power struggle with you, why not take a minute and I-G-N-O-R-E? 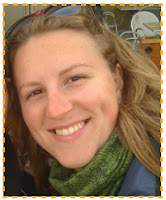 Katie Robinson began her foray into behavior management long before she knew what it was called. Growing up with a younger brother with special behavioral and emotional needs was her first taste of the hard work that it takes to be successful at managing behaviors. A career that spans teaching middle school special needs students and social work, Katie’s diverse experiences have led her to her newest venture: BW Kids Consulting. BW Kids Consulting affords Katie a ‘Supernanny’ style adventure of working with parents to help them help their kids to be their best selves. Check out her blog, Kid Whisperer!

Previous Article we're in the houzz 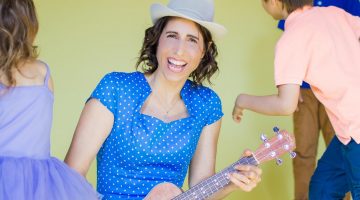