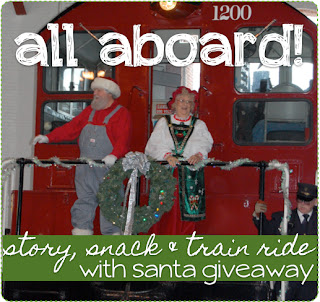 Yesterday, the Bug and I had a chance to visit the B&O Railroad Museum (right off Pratt Street) for the kick-off to their Holiday Festival of Train and Toys.

What does a holiday kick-off look like B&O style? Why, Santa and Mrs. Claus come into the station with grand fanfare — aboard a cheery red locomotive right into the Roundhouse.

With festive snowflake lights, two wooden nutcrackers standing guard and the whole of the roundhouse decorated in greenery and ‘sparkles’ {according to the Bug}, it really did feel like you were in the middle of  The Polar Express.

Follow up that excitement with a stop by the Choo Choo Blue Zone, wander among the indoor and outdoor train gardens and catch a good old fashioned train ride aboard the One Mile Express (complete with White-Christmas twinkling lights and carols)… It’s one fabulous outing. 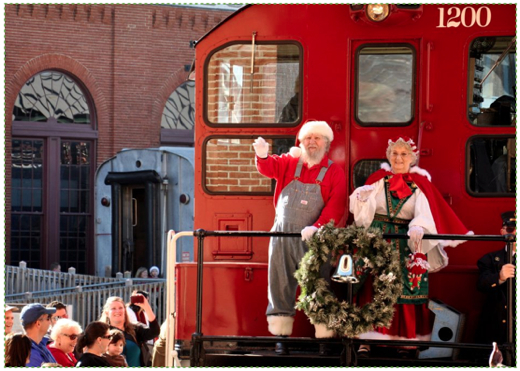 The Bug was in awe of the various train cars, conestoga wagons and “Cinderella’s Carriage” (Which, by the way, isn’t really Cinderella’s pumpkin carriage but an Ohio Rolling Coach. Close enough in this 2-year-old’s book) as we wove our way through the Roundhouse. The outdoor exhibits and train garden was a particular hit, especially since it was an unseasonal (and gorgeous!) 70 degrees yesterday. 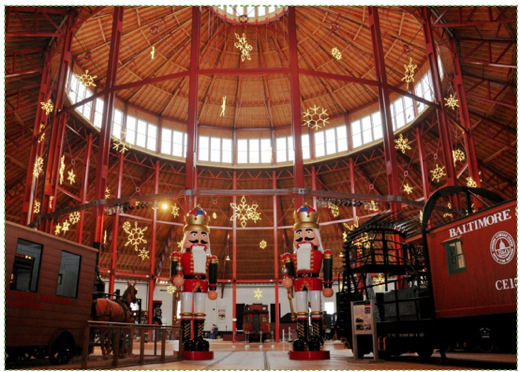 Our visit to the B&O yesterday was one of those moments where holidays become magical. Yes, Virginia, there is a Santa Claus.

And I’m so happy to announce our WINNERS of the Story, Snack and Train Ride with Santa GIVEAWAY, courtesy of the B&O Railroad Museum. Congrats to ERIN STINE of Catonsville! Can’t wait to hear about this adventure.

If you didn’t win, don’t worry. There are still tickets available for Story, Snack and Train Ride with Santa and a few (just a few) left for Breakfast with Santa. Nab yours today!

2:30 TODAY! Join us for a Music Brain Break with S 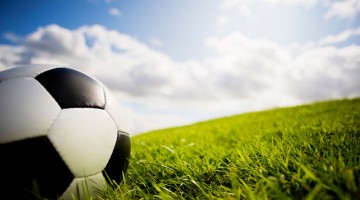 Kick, Score and make a BIG ROAR! Join us for the first Family FootGolf Challenge