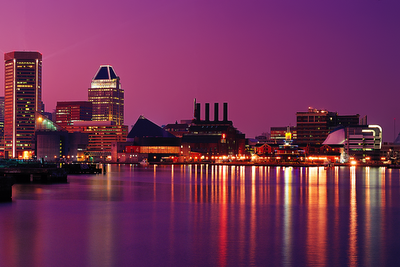 Many of us who blog about life in Charm City were stunned into silence Monday evening, as news spread about senseless acts of violence taking place at the Inner Harbor during the fourth of July fireworks celebrations: one young man fatally stabbed with a broken bottle. In a seemingly unrelated incident, a 4-year-old boy shot in the leg.

In two short moments, all that is good about life in Baltimore was gone. Momentarily erased from the memory banks as we were flooded with 30 second soundbites from every major news outlet. Facebook and Twitter lit up: “Is it safe to raise my family here?” “Baltimore is overrun with criminals.” “I’m never going downtown again.” “Should we pack up and move?”

Violence never makes sense. But when it hits a little to close to your own life — at a city sponsored, family event — your ‘safe zone’ boundaries crumble.

You retreat. Into your house, your car, the suburbs.

My family could have been standing in the crowd right next to any one of these random victims. Why weren’t we? Our plane from Chicago was delayed because of a mechanical issue. We were grounded at Midway airport and arrived home 90 minutes later than scheduled. So we went directly home.

My first reaction? A string of swear words I didn’t know could fit together so poetically. Followed by an overwhelming sense of relief… that we weren’t in the thick of it.

Baltimore Magazine Senior Editor Evan Serpick made this comment on his parenting blog, Learning to Crawl:

“I sometimes get so caught up in the exciting—and seemingly accelerating—developments I chronicle and in debunking peoples’ The Wire-influenced stereotypes about Baltimore that I can sometimes forget that Baltimore still has fairly high crime rate. I still contend that Baltimore is as safe as any other major city—safer than many—and that it’s a wonderful place for families to explore, but this is a reminder that we can’t take safety for granted.”

I can’t explain or provide any sort of logic for what took place on Monday night. Reason never seems to accompany violence. And when children are involved in violent acts, well — there aren’t any words.

Despite that I know that if we simply retreat and refuse to take advantage of all of the wonderful things the city has to offer, we lose.

Families are the foundation of vibrant communities. We need to continue to find ways to safely weave families into the fabric that makes up our city. We need to continue to support the organizations and neighborhoods that have made so much progress and created such rich pockets of community. And we need to extend those organizations, principles and ideas into areas of the city that have not cohered as well.

Because it is OUR city. And our collective responsibility. Through our actions, our dollars and through the public servants that we, as a city, elect. 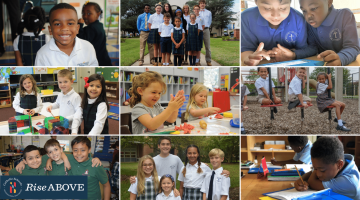