Our friend Eli, the Koodie (kid + foodie), is back with an exclusive snowball stand review for (cool) progeny. Check his previous reviews of The Cow in Reisterstown and Friendly Snowballs in Parkville too! You can catch more of Eli’s restaurant reviews on his blog, Adventures of a Koodie. 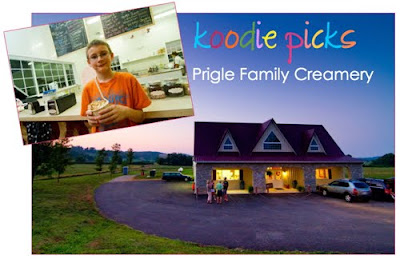 On Sunday I went to a place called Prigel Family Creamery. They where having a event where there was music, sprinklers, a pie eating contest, and a barbecue(but you could still by ice cream there). The barbecue was a different restaurant called Clementine, which I have reviewed.

Before I tell you about the amazing food, I’ll tell you about the amazing history. The place has been there for over 100 years and for six generations. They make the ice cream in the creamery with milk from the family farm called Bellevale Farm. The owner bought the land in 1895, and has been dairying ever since(I got these from there website, so this may be out of date).

Anyways, back to the main idea. The first time I went there, I got mint chocolate chip in a cup with crushed cone. There were other flavors like Good Ol’ Vanilla, Peachy Peach, and Bobby’s Black mud, which was coffee flavored, but I wanted to get my favorite ice cream. It was delicious!It tasted minty, chocolatey, and creamy. Just like the original, but white, not green! And I could use the crushed cone as dippers!

They also brought out free samples. I had a try of the lemon. It was pretty good as well, but it didn’t taste lemony at all(well, maybe a little bit).

The second day I went I got to try different types of flavors like Dulce de Leche and Sweet Cream, which tasted a little bit like butter. The Dulce de Leche was delicious! It tasted like caramel and a little like coffee and it was creamy. It was also crunchy because I got crushed cone on top.

I also have two more things to say. The first thing is that they don’t have any benches there, but they have blankets which you can borrow. The second is that you can see them milking the cows when they are milking the cows. 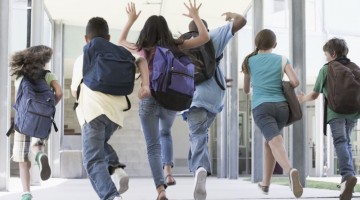