you have a choice… when it comes to cereal 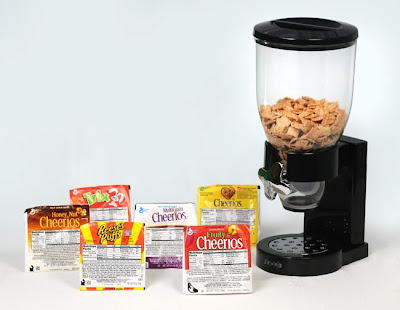 It’s week three of our cereal investigation. We’ve talked about how ready to eat breakfast cereal is nutrient rich, and dove deeper into the whole sugar controversy. Today, we’re talking about — well, taste.

Two weeks ago, the Bug wouldn’t look at a cheerio. Sure, she ate them when she was starting solids. But now that’s she’s old enough to tell me her preferences (and you can bet she does), she consistently preferred a “cookie” (a Kashi Cereal Bar) to cereal. EVERY morning.

So I’ve had the sample boxes that General Mills sent us stacked neatly in a drawer at Bug level. (Save the boxes that Pat and I have eaten). Every morning, I’d open the drawer and ask if she wanted to try any. Then she’d shake her head. NO.

{{That seems to be a favorite word of late…}}

Two days ago, she went over to the drawer herself and handed me a box of multigrain cheerios. Then ate them.

Access is important. By putting the ‘healthy’ stuff at her level, the Bug could self select to try something new. General Mills also sent us a handy cereal dispenser that will make cereal an even easier snack for the Bug.

We want to share the wealth! Want 6 samples of cereal and a fantastic dispenser unit? Just fill out this quick form by Wednesday, June 29th. We’ll pick a winner then!

This post is part of a four-part series on cereal, sponsored by General Mills through MyBlogSpark. I did not receive any compensation to participate in this blog campaign — but have received product samples and information from General Mills. Of course, I’ll always disclose that to you! In truth, I’m using this opportunity to educate myself and taking (cool) progeny readers along for the ride. Hold on tight! 🙂 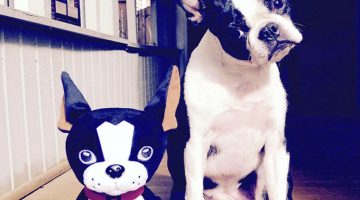