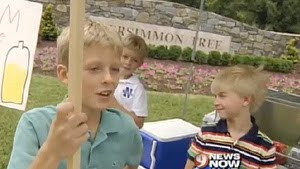 Children selling lemonade near the U.S. Open in Montgomery County were fined $500 by the county Health Department for operating without a vendor’s license. They were told to shut down.

The children were donating 50% of their proceeds to a charity helping other kids suffering from pediatric cancer.

From the WUSA9 report:

Jennifer Hughes, the director of permitting for the county, says it’s technically illegal to run even the smallest lemonade stand in the county, but inspectors usually don’t go looking for them. She said this one was unusually large. Hughes also says they’ve warned all kinds of other vendors they couldn’t operate near the US Open because of concerns about traffic and safety.

But that did little to console Carrie Marriott. “Does every kid who sells lemonade now have to register with the county?” she asked the inspector.

Do your kids operating their lemonade stands with a license? Thoughts?

Previous Article there is an ick in our house: coxsackievirus 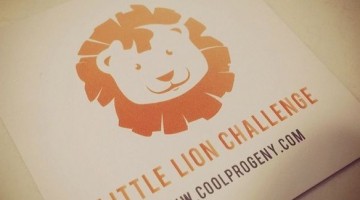 thanks for showing the love! Little Lion Challenge Day ROCKED