tech thursday: the iPad and early literacy development (from the archive)

In honor of Learning Touch’s 1,000,000th download celebration, we’re re-running our perspective on the iPad and early literacy development for this week’s Technology Thursday post. Weigh in. We want to hear from you! 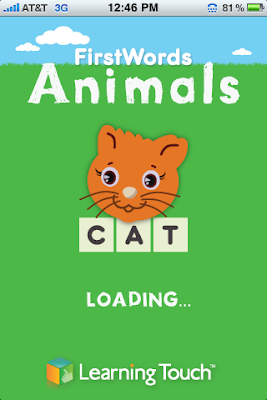 This is the post where I confuse you about my background.

You all know that I’m an educational technologist. My ‘official’ job title is Manager of Educational Services… which is a rather nondescript description when you think about it. What either term may mean to you probably means something completely different to someone else.

But my master’s degree is NOT in technology – – it’s in literacy development. Watching the intersection of the two has been a wild ride as the Bug has developed into a full-fledged, card carrying toddler and started developing language skills.

In my opinion, there is a place for purposeful technology in all of our lives and tuning out the technology completely does a disservice to our kids. My personal parenting philosophy is everything in moderation. While we need to give our kids freedom to develop their creativity and imagination through play, we also have to teach them how to use technology in meaningful ways.

You’ve all read the debates about exposing our children to technology at an early age. For example, last October ABC News ran a piece titled Toddlers & Tech: Are All Screens Created Equal? Parents, Pediatricians Debate Over Technology Use Among Young Children. The story examines the difference between television/key-based cell phones and touch screen devices like iPads and iPhones. The American Academy of Pediatrics argues that screen time is passive viewing and not developmentally appropriate for toddlers who need stimulation through play. Warren Buckleitner, editor of the Children’s Technology Review and one of several advisors to the National Association for the Education of Young Children, argues that touch screens are developmentally appropriate for sensory-motor learners, and can let kids simulate everything from cooking to popping bubblewrap to finger painting.

I don’t believe there is enough evidence-based data to support a household ban on touch screen time for toddlers. Touch screens and apps have literally saved my sanity some days. {{Admit it! You’ve handed over the iPhone to your about-to-have-a-meltdown kiddo in the grocery store to avoid produce aisle scene, too!}} But no, we don’t let the Bug play on the iPad for hours on end. Hello, moderation!

While there may not be enough data supporting a ban, there ARE plenty of anecdotes supporting exposure. (Again, in moderation).

Here’s a snippet of Lila interacting with the First Words: Animals app developed for the iPad by Learning Touch. Note that I did not download the app for her – I was reviewing it for a job-related project. Her curiosity must of gotten the better of her one day and she simply launched the app while browsing the iPad. I spotted what she was doing, had easy access to my iPhone and could capture her first encounter with the app.

You all know I’m not about killing and drilling with flashcards. This is pretty much a digital version of flash cards. But watch how she’s interacting with it and constructing knowledge of pattern (letter) matching. It’s pretty amazing.
http://www.youtube.com/get_player

So what does this tell us about how our kids – – the true digital natives – – learn? And how do we balance technology with the critical play our kids need?

Technology Thursday is a joint project of Classic Play! and (cool) progeny Each week, both blogs will be taking on a family-technology-related issue. We invite you to join the conversation! 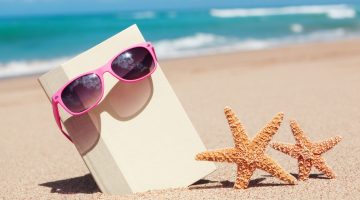