the greatest show on earth comes to charm city 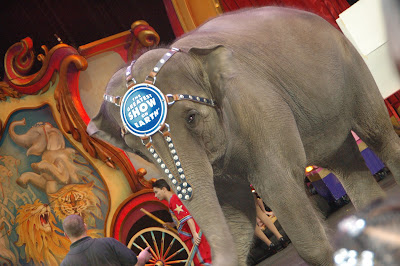 We had a chance to check out opening night of the Greatest Show on Earth this evening — also known as Ringling Brothers Barnum & Bailey Circus: Barnum 200.

We had bit more confidence taking a toddler to a show after our first experience at Disney Princesses on Ice, but we’re always skeptical by the idea of keeping our bouncing munchkin in a stadium-style seat for more than 10 minutes.

Verdict? The circus is bug approved. 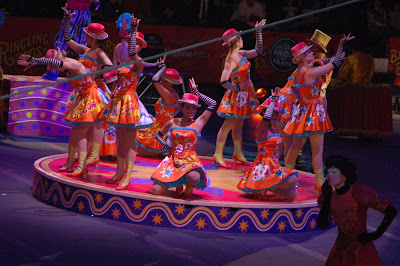 She loved it. And while she didn’t stay seated for long stretches of time (preferred to stand and put the happy dance on auto repeat), she gasped, clapped and laughed with the best of ’em.

Ironically, the acts that took my breath away (i.e. the Cirque du Soleil-like trapeze artistry) didn’t keep the Bug’s attention long. She was more caught up in the lights, parade of elephants and the ‘choo choo’ that magically appeared with the Ring Master during the opening number. 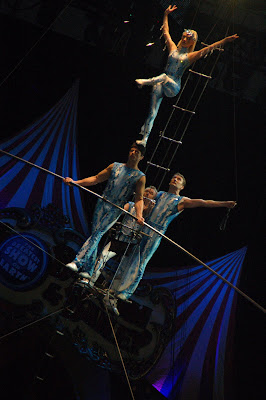 The pre-show activities offered an opportunity to get up close and personal with the elephants, clowns, costumes and more. A ton of fun for the Bug, who also got to expend some pre-show energy. Made it a wee bit easier to stay near her seat during the event.

While there is something for everyone in the show, it would definitely be in your best interest to bring some snacks to entertain during the longer acts that might not be as ‘ahh-some’ for your kiddo. The food options at 1st Mariner are pretty much fried or sugar-coated. Not bad for a calorie splurge, but maybe not the best dinner option.

Our worst mistake of the night? Parking in the garage on West Baltimore Street that is catercorner to Starbucks. The “$10 event parking” sign drew us in – – but the garage is really unsafe for families. It’s a one-lane, two-way, twisty-turvy, no pedestrian staircase scare adventure. Pat literally sweat through his clothes trying to get out of the garage, convinced some small child was going to come running out from behind a curve. Pay the extra $5 and park in a safer lot.

You can catch the Greatest Show on Earth at 1st Mariner Arena now through April 10th.

(cool) tip: Check out more pics from the show on our facebook page!

Disclaimer: We received media passes from Qorvis Communications in exchange for coverage of the show. But the opinions expressed in this post are 100% ours. It’s part of our commitment to our readers: 100% honesty. 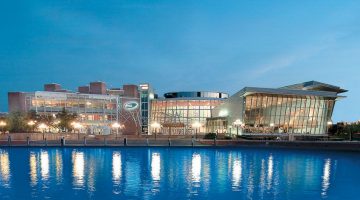