the skinny on kneebouncers: they're moving to a subscription model and we support it 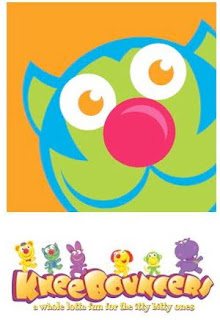 One of our favorite toddler app developers is moving from freemium to premium today – – and we 100% support this transition.

Kneebouncers, a website dedicated to developing toddler and pre-school friendly online games, has been in existence for the last seven years. The passion project of marketing and media gurus Jim Robinson and Kurt Dommermuth, the website has served up hours of educational fun to our family and countless others around the world. Kneebouncers gets millions of hits each year, offers 19 different games for the itty bitty ones, and family-friendly downloads/printables. The site is 100% advertising free. Currently, 6,248 people have ‘liked’ Kneebouncers on Facebook.

Jim and Kurt have been doing all of this for FREE.

This is not a corporate Cinderella story. These two local dads developed the Kneebouncer site not because they saw a void in the marketplace and desired to make tons of money, but because they wanted to provide a rich, online experience for their own young children. The rest of us got to get in on the action, too. For free.

While free is nice, it doesn’t keep the lights on or provide meals for their families. It doesn’t provide the opportunity and creative space to develop new games and activities because, let’s face it, you can only be so creative when your limited to working on a project after all of the kids are tucked in at night.

And free doesn’t equip one to respond to demand. There has been tons of demand for the Kneebouncers site, which was up against highly-funded corporate kids’ websites like Sprout and Webkinz for a SheKnows Best Kids’ Website award in 2010. Consumers (that’s us) have been asking Jim and Kurt for more games, more printables, more languages…

In the collaborative cultural currency that is the web, we frequently forget that there are people behind the content on the internet that need actual currency to continue to produce. If we want to continue consuming their content, we need to show our support with our dollars.

I know that’s tough in today’s rocky economy. Especially when we’re used to freemium. But we can’t expect more from our creative community without funding it.

Jim and Kurt have taken some public punches when they announced their move to a subscription-based model. One mom called the annual $19.95 subscription fee ‘ridiculous.’ Several others said they would be taking their online traffic to free sites like Nick, Jr. Another mom wrote that her two year old loves Kneebouncers, but since her husband is out of work they cannot afford the subscription and it was ‘sad that [her] toddler would have to feel the squeeze on one of his favorite things.’

Comments like that weighed heavily on the founder’s decision to move to a subscription model. Therefore, some of their games will continue to be free while others (including three new ones about to be released) will only be available to subscription members.

Ironically, when I reviewed the facebook posts, no one said they wouldn’t pay the money because the Kneebouncers’ products were lacking in quality. The criticism was “I had this resource for free and now you want me to pay for it, so I’ll look elsewhere for free.”

Personally, I want my child to be able to access this resource. I want the company to be able to develop more quality educational experiences. And that’s why I’ll be buying an annual subscription today.

Previous Article we're having a play date at great kids village - - and you're all invited! 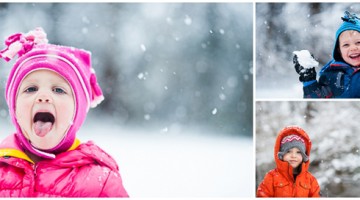 parentparrazi tips: how to take pictures of kids in the snow