tech thursday: can video games make you a better parent? 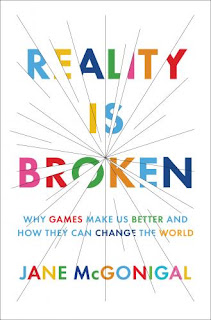 Welcome back to Technology Thursday, where Jennifer Cooper from Classic Play and I identify a family technology issue and offer up one of our blogs for discussion. It’s (cool) progeny’s turn to host!

Today we’re looking at video games. But this is not your mama’s traditional screen time vs. outside play debate. It’s not about dissecting the amount of time our kids spend playing games (note – – we’re not suggesting that’s not a related issue, it’s just not one we’re tackling today). We’re looking at the positive impact of video games on the whole family — kids AND adults. Actually, mostly adults.

Can video games make you a better parent?

In the spirit of full disclosure, I am NOT a gamer. Trying to navigate the PS3 menu to get one of the Bug’s DVDs to play frustrates the bejeezus out of me. But I may start to embrace gaming…

In her new book Reality is Broken: Why Games Make Us Better and How They Can Change the World, game maven and guru Jane McGonigal suggests that skills develop in video games can translate into real life. This doesn’t mean that if you play an aviation simulation game, you’ll be able to land a lear jet in ‘real life’ with zero training (sorry, Hollywood). Instead, McGonigal focuses on skills/traits that can be honed in a virtual environment such as cooperation, teamwork and self confidence.

In an interview with Josh Dzieza at The Daily Beast, McGonigal shares her thoughts for how video games make us better — better citizens, better neighbors, better business people. If McGonigal’s theory holds water, I’d venture to include better spouses and better parents.

In what ways do games make us better, and is that something all games do, or are some games better at bringing out certain virtues in players?

There are lots of studies that show how the kind of optimism and altruism we get in games spills over into real life. And people who play music games like Rock Band or Guitar Hero are more likely to pick up an instrument in real life, even if they’ve never played an instrument before. Surveys of thousands of gamers have shown that they’re more likely to play real music if they play a music video game. So it’s an interesting relationship where the games aren’t replacing something we do in real life, they’re serving as a springboard to a goal we might have in real life, like learning to play an instrument.

There’s also research that shows if you play even for just 90 seconds with an avatar that is powerful or attractive in a virtual world, that that changes our confidence levels for the rest of the day, that we’re more confident and therefore successful in flirting with members of the opposite sex or negotiating contracts or difficult workplace situations, that we bring that sense of confidence and power into the real world with us.

Also, I mention in the book that great nine-university study that playing a game where you help another character, just playing it for 30 minutes, makes you more likely to help a friend, a neighbor, a stranger—for the entire week. Those are just some of the ways you can see how the games we play impact our real lives, so you can start to figure out what are the rules for the best games to be playing. Games that make you feel good about yourself are good games to be playing.

So, what do you think? Do video games make us better? What does better mean for you and your family? For your kids? 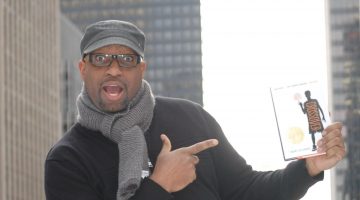