disney on ice: a night out with the princesses 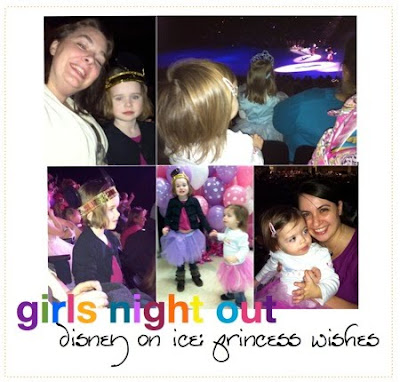 When I told my mother I was taking my 19-month-old to see the Disney on Ice: Princess Wishes, she laughed. I’m pretty sure she thought I’d lost my mind.

Honestly, I questioned my own sanity. Let’s do a sanity check, shall we?

Despite these hesitations, I decided to be adventurous and jumped off the ice dancing princess cliff.

The Bug LOVED it.

We made a girls night out of it. My friend Bridget and I took the Bug and Bridget’s almost-four-year-old Ellie to the show (thanks to Amanda at Parenting by Dummies who supplied the tix!). Dressed in their tutu finest, the girls donned crowns, danced in their seats, munched on jelly beans and oohed and ahhed over their favorite princesses.

Some highlights of the show? The Be Our Guest number with an ice rink full of skating silverware and a spectacular Under the Sea performance. My favorite part of the show was the seven dwarfs. They whole audience cheered loudly when those beloved characters hit the ice.

In the spirit of full disclosure, the Bug was a bit disappointed there weren’t more songs with Belle (from Beauty and the Beast). Ellie, our resident princess expert, thought that the fireworks during the grand finale were way too scary. The fire-breathing dragon from the Sleeping Beauty? Apparently not scary at all.

We had a BLAST; however, we made some ice show rookie mistakes. Luckily, you get to learn from them:

Bottom line? Your little princess (or prince — there is a lot in this show for boys! Including a great bit with Genie from Aladdin) will love this! The show runs through Sunday, February 13th at 1st Mariner Arena and tickets can be purchased online.

(cool) tip: Check out the Economom’s post on how to score discounted tix to the show. 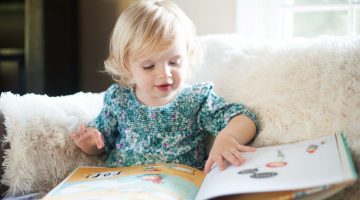 OPINION | Dear Parents, Grant Yourself Some Grace During COVID19