I think I’m an all-purpose flour and buttermilk convert.

No, I don’t mean I’m chucking the whole wheat stuff and good ole whole milk. But for years, I have relied on the likes of Bisquick for prepared pancake/waffle mix. Mix. Water. Egg. Voila!

Well, we didn’t have any mix on hand last Sunday, and I had promised the Bug homemade waffles. Because we’re feeling the post-holiday wallet pinch (Ok, that’s lame. Truth? I didn’t want to have to run out to the store), I decided to whip them up from —- scratch.

Oh. My. God(ness). These Buttermilk Waffles were beyond delicious. The consistency was moist and filling, with just a hint of sweetness. Ironically, it took the same amount of time to make waffles “from scratch” as the mix version. Guess what? The process wasn’t at all scary. {{NOTE: I have a love/hate with our waffle maker as I often times have to scrape uncooked/overcooked batter at various times throughout the cooking process. These ‘from scratch’ waffles cooked quickly, evenly and easily flopped out of the pan.}}

I topped the waffles with fresh blueberries and just-whipped cream. You may be thinking that the cream is overkill, Martha-style. I rationalize the decision because it has a heck of a lot LESS sugar than syrup and the Bug loves to ‘dip.’ A little dessert for breakfast never hurt anyone.

Thank you Williams-Sonoma for this recipe. I may try ‘savory’ waffles from their book, Pancakes and Waffles next. Think veggie waffles would get Bug approval?

Directions:
Preheat a waffle maker according to the manufacturer’s instructions.

In a large bowl, beat the egg yolks (I used a Kitchen Aid Stand Mixer). Mix in the buttermilk, butter and vanilla until blended. In a separate bowl, whisk together the flour, baking powder, baking soda, salt and sugar. Add the flour mixture to the yolk mixture and whisk until smooth.

In another bowl, whisk the egg whites until stiff peaks form. Using a rubber spatula, fold 1/2 cup of the egg whites into the batter, then carefully fold in the remaining whites.

Cook the waffles according to the manufacturer’s instructions. Makes eight 4-inch waffles.

Fresh Whipped Cream
You can always use cool whip, but I {{heart}} freshly whipped cream. It’s a cinch to make, too. Just beat together heavy cream, a dash of vanilla and sugar (to taste). Beat until the cream has your desired consistency. I sometimes put in a dash of cinnamon, too. 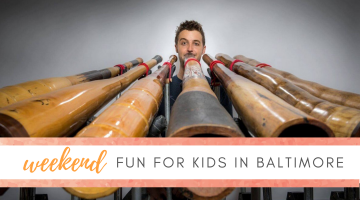