on the iPod: toddler-friendly songs that don't make us feel like we od'd on saccharin 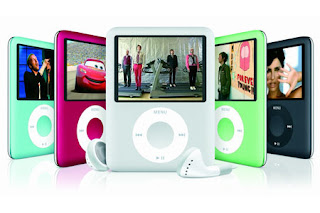 Before the Bug was born, Pat sat down and created a song list on my iPod nano. No, it wasn’t for soothing during delivery. It was all the music he thought she should be listening to as she drifted off to sleep each night.

I made some edits. The control freak in me came out (how unusual). Things like the thumping crescendo behind the battle scenes in the Gettysburg score were ousted. I’m pretty sure the Gettysburg score would give me night terrors and couldn’t imagine what it would do to a newborn. Other selections, like Pat Monahan’s Her Eyes, passed muster.

Over the past 18 months, the nano has pretty much been taken over by the Bug – – or, if I’m honest, by us adding the the songs we think she should be listening. Now when I scroll through the list, I see titles by Milkshake, Jack Johnson’s kid songs, rock ‘n roll numbers from Putamayo Kids, and mainstream titles that won’t put us on social service’s watch list. I could live without Party in the USA by Miley Cyrus, but the Bug is just too darn adorable when she throws her hands up and nods her head to the chorus.

The Bug’s song list is an eclectic mix of toddler appropriate tunes that don’t make me want to bang my head against a wall in a saccharin-induced stupor. I’m sure you know which “toddler” songs I painstakingly try to avoid. They are usually encased in a “Nursery Rhymes for Kids with the Magical Voice of {{insert name here}}” CD cover. The ones that make you wish Simon Cowell would make a house call to the producer and launch one of his snarky denouncements like a grenade, blasting them from the music sphere.

By the way, we own at least five of those awful things. And yes, they do sometimes get air time on BugFM. The come with a side of Advil. Extra strength.

In an effort to save parents everywhere from the numbing effects of off-key prehistoric nursery rhymes by xylophone, here are the 10 toddler-friendly songs that are ‘most listened’ to in our house:

Like all of our ‘advice,’ trust these selections with a grain of salt. In the spirit of full disclosure, I should let you know the Bug’s first “song” was the opening theme to Two and Half Men… Came downstairs one night and she was singing away as Pat tackled the dishes. We’ve since stopped watching the 7:00 PM reruns and stuck to catching it post Bug bedtime. 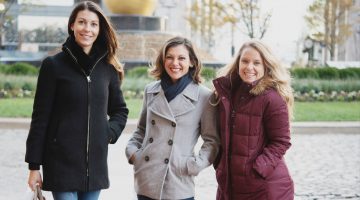