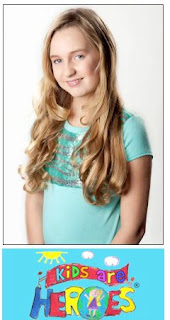 In February of 2008, 9-year-old animal-lover MaryMargaret O’Neill decided that she had simply had do something to help endangered species.

“Enough, with all of these poor animals,” the Frederick native told us in an email interview. “This needs to stop!!!!!”

That same day, her father Gabe just happened to see an interview with Richard Branson, the the Virgin Group owner frequently referred to as the rebel billionaire. It was the first time he had ever heard the term “social entrepreneur” — which combines the compassion of Mother Teresa with business savvy. He drank the proverbial “good deed” kool-aid, but didn’t know what to do next.

Then his daughter asked him to build a website to help her help animals.

Do you believe serendipity?

The father-daughter team co-created the website, Kids Are Heroes, a site that showcases kids under 18 who have taken initiative to develop a social project that’s all their own. Everything from raising money for a cause, to matching therapy dogs, to coordinating book donation drives. And, of course, helping animals. So not only is MaryMargaret working toward her personal cause, but she and her father are helping to promote ALL kids working to make a difference in the world.

Two years later, MaryMargaret has been identified as a finalist in the Discovery Girls’ Role Model Contest. If she wins, she’ll be flown to California with nine other girls for a photo shoot, and will be featured in an upcoming issue of Discovery Girls Magazine.

Kids do the (coolest) things when you facilitate their passion!

MaryMargaret’s response to the news that she was in the running?

Her father wasn’t surprised that she is one of thirty finalists in the competition.

“[It] may sound arrogant but I know how much she has done and I truly believe she is a role model,” said Gabe. “She has already far exceeded anything significant I have ever done by the time I reached 11. I remember my biggest claim to fame was getting caught stealing a pack of gum!”

Obviously, MaryMargaret is a pretty amazing young woman. Some of her success can be attributed to some phenomenal parenting skills — and continual cheering from her dad, mom Michelle, and younger (canine) “siblings” Charlie and Lily. What’s MaryMargaret’s family’s secret? Spark and support.

“One thing that Kids Are Heroes stresses and we have learned this along the way, you can’t force a kid into a particular direction. It is better to help ignite a passion and then support it,” said Gabe.

So help support Mary Margaret! In order to win the competition, she needs YOUR vote. Head over to the Discovery Girls website, create an account and vote for your favorite local young role model. You can vote daily – – so vote now, and vote often. You’ll definitely want to check out MaryMargaret’s Discovery Girls’ interview, too!

And keep Kids Are Heroes in mind if you’re looking for a place to volunteer or donate. One thing we learned from talking with MaryMargaret and her dad is that big dreams are important. Here’s their collective wish list for Kids Are Heroes:

So how are you inspiring your young ones? 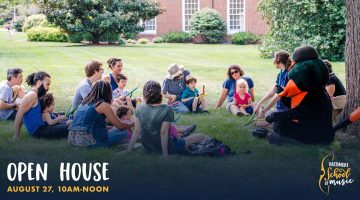